Congratulations to the 2016/17 TELP Graduates

Graduating its second cohort, the Faculty of Education’s Transformative Educational Leadership Program (TELP) continues to empower leaders throughout the province to make a difference in their learning communities.

Congratulations to the graduates of the 2016-2017 Transformative Educational Leadership Program, at UBC Faculty of Education.

The TELP is a one-year executive educational leadership program that draws participants from a variety of positions within their school districts, and focuses on collaborative learning and transformative change. Seventeen participants graduated from the first TELP in 2015/16. This year, twenty-nine graduates are taking their collective learning back to their districts and schools. We recently caught up with some of them to hear about their experiences in this second TELP cohort.

Barb Hamblett, a school principal in her twenty-ninth year of career, was searching for a way to view education through fresh eyes again as she made the transition to a new high school. In a desire to rejuvenate her commitment to education, she discovered TELP through a graduate of the first cohort, who spoke passionately about what he had learned.

“I needed to reconnect with what it was like to be a student myself… really, it gets back to the most grassroots level of what we’re doing in education, and that’s becoming a learner again. That means talking about your own values and beliefs in what education is all about, and it means being open to talking about the challenges in a non-threatening way,” she said. 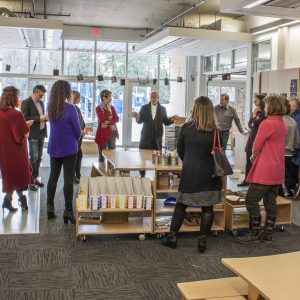 The networking opportunities that TELP offered were a key highlight of the program for Barb, as she was able to meet people from districts across the province, and to delve into educational research taking place nationally and internationally.

“Something that’s really had an impact for me is the global perspective. We’re just a little grain in the sand, but by the end you don’t feel like that. We’re all working collectively towards the same thing… I’ve changed the way I do staff meetings, I’ve changed the way I have conversations with my teachers and how I look at learning environments. All of that has shifted hugely for me over this year.”

What stood out for Jana Fox, Aboriginal Culture & Curriculum district teacher, is the Indigenous ways of knowing that inform the program.

“I really see the need for change to happen in our school system. Currently, we’re not meeting the needs of our Indigenous learners, and I wanted to know how to be a part of that change. Everybody needs to be participating in achieving an equitable and quality education system for every learner.”

As the 2016/17 cohort participants return to their districts, Jana hopes that they collectively take away an understanding of the importance of Indigenous perspectives and well-being as a part of education transformation, and that it will have a ripple effect in influencing other educators.

Like Barb, Brian Davidson heard about TELP through a graduate of the first cohort. As a Professional Learning Communities Coordinator in Williams Lake, he started his career as an elementary school teacher in 1986. Eventually completing his Masters in Distributed Learning, Brian is now in the third year of his current role.

“I think one of the important things to me about TELP is seeing the possibility of having an impact in my role because of my place as a ‘middle leader’ – I’m a teacher coordinator. The program has helped me see that I can have an impact in lots of different ways, in spite of — or maybe because of — where I am in my position.” 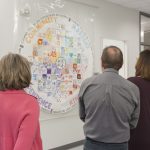 The focus on a growth mindset and the power of networking and collaboration that exists in TELP were important for Brian.

“I now see myself as more in the role of catalyst than I saw before, and I feel more empowered to take action in my role as opposed to just letting things happen around me, which I think is a real highlight,” he noted.

Although each of the participants we spoke with came from diverse backgrounds and professional experiences, some common threads about their experiences with TELP came through: collaboration, networking, a sense of agency in order to create change, and the importance of Indigenous and global perspectives. Each group of participants brings new perspectives and engagement to the program, and we look forward to welcoming participants to the third cohort which begins October 2017.

Congratulations to the graduates of the 2016/17 TELP,
receiving their certificates on July 12
at the University of British Columbia.